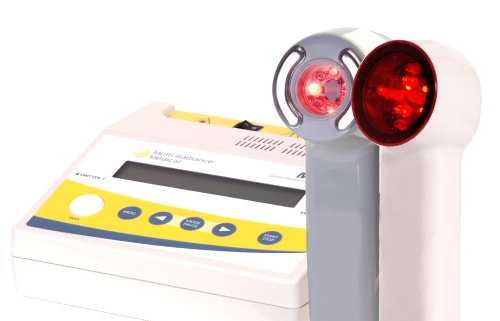 If you’re like most experienced sports injury practitioners, you’ve been recommending Rest, Ice, Compression and Elevation (RICE) for acute injuries since the seventies.

Today we see our sports heroes on TV in the change rooms after the game packed with ice or elite athletes telling us how their gruelling training programs include regular ice baths.

But increasingly the tide has been turning against the gold standard of acute injuries. Professor Gordon Waddell put the boot into Rest many years ago when he called for bed rest to be put to rest, in his book The Back Pain Revolution (Churchill Livingstone 1990). He said, “It should come as no surprise that there was never any scientific evidence to support the dogma of bed rest for back pain.”

Now, the father of RICE, Dr Gabe Mirkin, sports medicine guru who coined the term RICE back in 1978 in his best-selling Sports medicine book believes rest and ice therapy delays recovery from injuries.

Ice out in the Cold

He points out in a recent post (drmirkin.com) that a systematic review of 22 RCT’s (Am J Sports Med 2004) found very little evidence that ice and compression over compression alone, had any significant effect on outcomes although ice plus exercise marginally helped to heal ankle sprains.

They concluded that “the strength of the evidence supporting the use of cryotherapy in managing an acute soft tissue injury is generally poor.” And the results of their study showed that “…the benefits are currently restricted to pain relief.”

The truth about inflammation

With powerful TV ads by pharmaceutical companies cleverly portraying inflammation as the bad guy, we need to remind our patients that inflammation is good. Not too much and not too little but healing needs inflammation. Passive recovery may lead to an excessive inflammatory response (too much) which can delay recovery leading to excessive fibrotic scar tissue. As this excessive scar tissue matures over the following weeks and months, the devastating capsular contracture effects take place, setting up the next injury.

Cryotherapy or anything that reduces the inflammatory cascade significantly (too little) such as cortisone and NSAIDs can delay healing, also with long term consequences.

The inflammatory cascade is where inflammatory cells rush to the injured tissue to start the healing process—a natural response beginning instantly after an injury.

It starts with the migration of leukocytes to the site of injury. Within two hours and over the next twenty-four, neutrophils— which make up nearly 80% of the white blood cells and form the essential front of our innate immune system—begin their work.

Macrophages (Greek for big eaters) arrive the next day and set up camp for the next two weeks. Both neutrophils and macrophages contribute to tissue degradation through the release of reactive oxygen species and production of pro-inflammatory cytokines such as interleukin 1-beta (IL-1β), interleukin 6 (IL-6), and tumour necrosis factor-alpha (TNF-α).

The message from Dr Mirkin now is that “Applying ice to injured tissue causes blood vessels near the injury to constrict and shut off the blood flow that brings in the healing cells of inflammation (Knee Surg Sports Traumatol Arthrosc, published online Feb 23, 2014).”

The blood vessels did not open again for many hours after the ice was applied. This decreased blood flow can cause the tissue to die and can even cause permanent nerve damage.

Mirkin says that if you have to apply ice, “You could apply the ice for up to 10 minutes, remove it for 20 minutes, and repeat the 10-minute application once or twice. There is no reason to apply ice more than six hours after you have injured yourself.”

At the same time, cryotherapy is being questioned, cold laser or low-level laser therapy (LLLT) is seen as the next breakthrough in acute injury care. Almeida et al (Lasers Medical Science, March 2014) discovered that LLLT is more powerful than cryotherapy and NSAIDs.

Surprisingly, the researchers concluded, “… in the present study, two of the widely used treatments in the acute phase (Ice and NSAIDs) after muscle trauma do not show significant effects compared to the nontreated injured group.”

It’s no secret that Non-Steroidal Antiinflammatory drugs (NSAIDs) have been the treatment of choice for ligament injuries for many years. They deliver short term gains by (excessively) blocking the inflammatory cascade but can lead to poor soft tissue healing and eventual osteoarthritis.

In a study by Slatyer (Am J Sports Med 1997) found Australian military recruits with acute ankle sprains were given Piroxicam (Feldene). While the recruits were able to resume training more rapidly, over the longterm, those in the piroxicam-treated group experienced an increase in ankle instability, as evidenced by a positive anterior drawer sign.

Today, our patients need new solutions particularly those devotees of ice and NSAIDs. A holistic approach to the healing of ligaments for long term strength and flexibility is Movement, Elevation, Laser and Taping (MELT).

Hauser et al point out in their excellent review article, Ligament Injury and Healing (Open Rehab Journal 2013) a study by Kerkhoff et al, on ankle ligament injuries in 2,184 adults. They concluded that functional treatment involving the motion of the affected joint was a statistically significant strategy for healing the injured ligament, compared with immobilizing the joint.

Patients who treated their ligament injuries with motion were able to return to work quicker and resume sports activity sooner than those who were immobilized, and had less objective instability, as shown by stress X-ray.

E is for Elevation

Elevation is a natural way of decreasing the swelling of an acute injury. The rate-limiting factor or bottleneck in lymphatic drainage are the lymph nodes.

T is for Taping (Kinesio)

Apply a good Kinesio tape. Stretching is good and Rocktape™ is made with 180% elasticity and a bias in its weave allowing a stretch in one direction and not the other. This creates a biomechanical ‘lift’ of the skin from the soft tissues underneath, allowing more blood to flow for optimum healing.

Consultation is by appointment during the following hours:

The Importance of an Aligned Skeleton For Improved Muscle Power and Reduction...

Laser Therapy is the New Frontier in Sports Performance and Reduced Recovery...
Scroll to top
x

At the moment our chiropractic clinic continues to operate as an essential service, with rigorous sanitisation and infection control procedures in place.